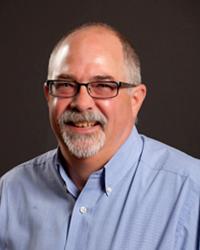 Mike Kluesner joined the MCWP team 2009. Mike holds a Bachelor of Science in Psychology from the University of Wisconsin-Platteville and a Master of Science in Education-School Psychology from the University of Wisconsin-River Falls. He is also a Certified Social Worker who began his professional career as a social worker at Wyalusing Academy Residential Treatment Center in Prarie du Chien, Wisconsin. Mike served in this capacity for ten years until he was promoted to Assistant Director of Clinical Services. He then moved to Milwaukee where he designed and opened the Milwaukee Academy Residential Treatment Center for Girls. Mike served as Executive Director of the Academy until 2005 when assumed a position as Ongoing Supervisor with Children’s Family and Community Partnerships. He has been a member of several statewide committees and has been a guest lecturer at the University of Wisconsin-Richland Center and the Southwest Technical School.